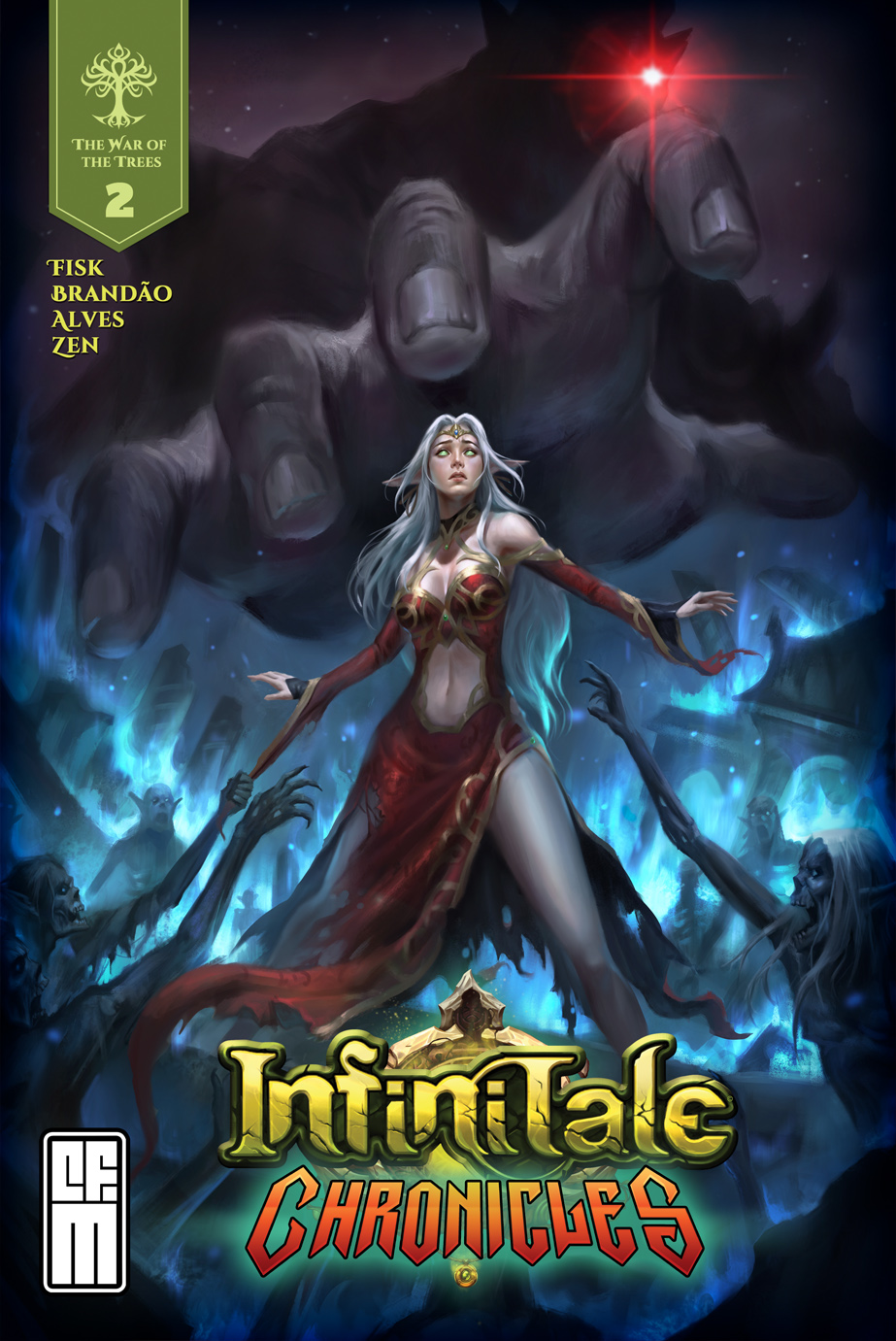 Following the events of Second Genesis, the paths of our heroes diverge. As Queen Aislinn comes to grip with the impending loss of her infant son while maintaining composure at royal court, her king-consort, Caolan, finds himself surrounded by a former enemy with few options. Can this tenuous alliance hold together as a greater threat looms over both factions? Drastic measures must be taken to ensure their son’s survival. Queen Aislinn’s gambit is incredibly risky, but Caolan’s toiling with The Book of Dragons may prove to be more perilous.

Seeds of Defiance is Book 2 of a planned 10 book series. Two versions of the book have been developed by two separate art teams. We’ve all seen variant covers before but now, we would like to present “Variant Books” – two interpretations of the same story and universe, created by two different art teams.

The HCMP Edition was developed by the original team, High Concept Media Properties, that created Second Genesis (The War of the Trees – Book 1). With pencils & inks by António Brandão, colors by Alzir Alves, and lettering by Zen, our team of talented artists provide their window into the world of Infinitale Chronicles.

The Barbusco Studios Edition was created by the husband wife team of Eduardo Barbosa and Mikaella Fusco. This new artistic direction for the Infinitale Chronicles universe provides a fresh perspective on the characters and settings. Letters were provided by Chris Fisk.