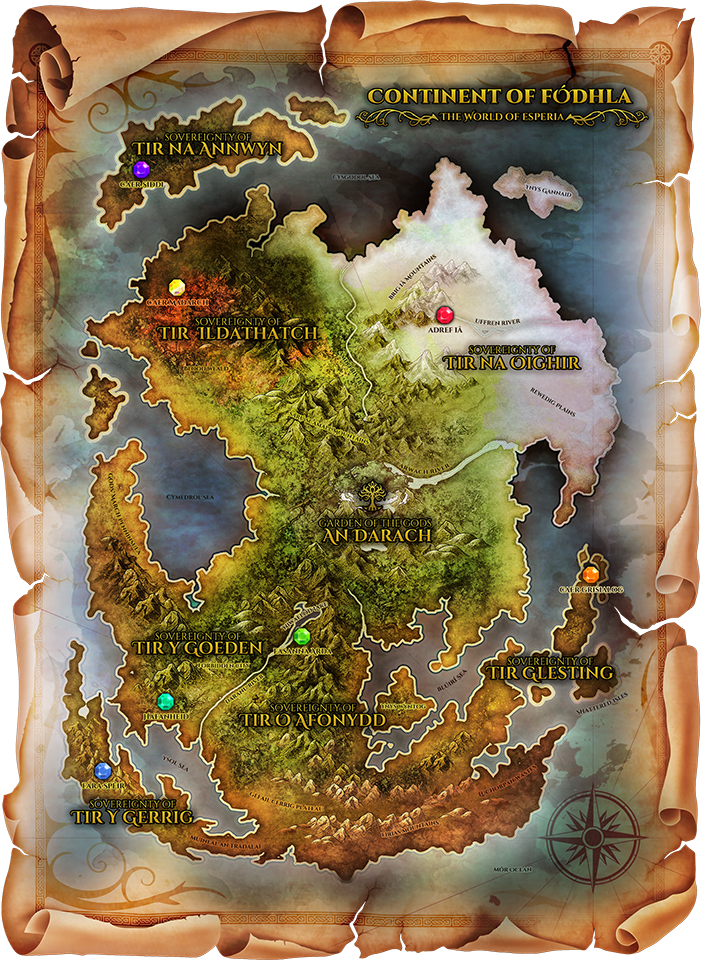 The known world consists of a large continent with multiple islands. In the heart of this landmass lies the Garden of the Gods - a forbidden place where none, but the divine, dare tread. It is here, the Aelvar origin myths claim that the world was born.

A titanic tree, known as the An Darach (or "Mother Oak"), grows upwards into the pink-violet skies of Esperia. It is said The Gods planted this mighty oak when the world was young and the first Aelvar sprang forth from its divine seeds.

The continent of Fódhla is separated into seven major nations -- ruled by seven Aelvar queens. These Seven Sovereignties fan out across the lands and are said to reside at the ends of the An Darach's massive root network.

Communication and travel between these nations are highly restricted and regulated by a religious order of druids. Only these devout sisters of the faith may freely cross borders and it is through them that communication between the Seven Sovereignties is maintained. The druids, often referred to as the Brón (or "The Sisterhood") also serve as The Gods' holy emissaries and communicate divine edicts to the seven queens that preside over the continent.